How It All Began

The Center for Strategic Research and Development of Georgia was established in 1995 when the country was going through complex political and economic processes. At the time, the concept of an independent state wasn’t fully perceived and comprehended; similarly, the concept of the civil society organization and especially the community-based organization was foreign to the public at large.

Uneven social, cultural, and economic development among cities and regions resulted in distrust of the rural population, a lack of sense of ownership, and, most importantly, a lack of civic initiatives. It should be noted that Soviet occupation also aggravated these processes.

The young and dedicated CSRDG team wanted to make their contribution, however small, to improve this situation, and for this, from the day of its foundation, the organization has repeatedly obtained significant international support for projects and programs that are fundamental to the socio-economic development of the country. In this long history, the role of one of our first international financial supporters, the Dutch organization NOVIB, is particularly remarkable. Thanks to their guidance, information, and financial support, the young team became more aware of how to properly allocate their resources and take effective steps for the development of the country. It was within the NOVIB-funded Local Democracy Development program that CSRDG began working in 1998 to strengthen and empower local civic organizations and groups in regions of Georgia.

The Most Important Milestones

Initially, the Community Development program aimed to encourage civic activism, introduce the concept of civil society and build general awareness around it; therefore, in its early stages, the program was providing financial support to small community initiatives in regions. Over time, however, the organization decided to move from a one-time funding model to a long-term, change-oriented approach; from that moment on, the program began to actively identify local leaders in the villages (especially among young people) and create community groups.

At the same time program began to arrange the so-called community centers – dedicated facilities in the villages where residents could gather, learn something new, share information, and organize various common events. It is noteworthy that since 2013 the organization has been paying special attention to the involvement of women and youth in community groups and promoting their formation as civic leaders. 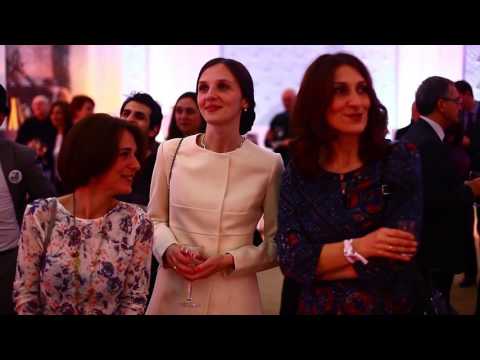 Current Activities of the Program